The best caves on Ibiza

The island presents numerous cavities and orifices of varying sizes throughout its whole extension, especially in the coast, which is strewn with small cavities that are perfect for hiding from the sun. Some of them have been used as homes by hippies for years. If you would like to know more about Ibiza’s subterranean world, we bring you the most important caves to visit on Ibiza. 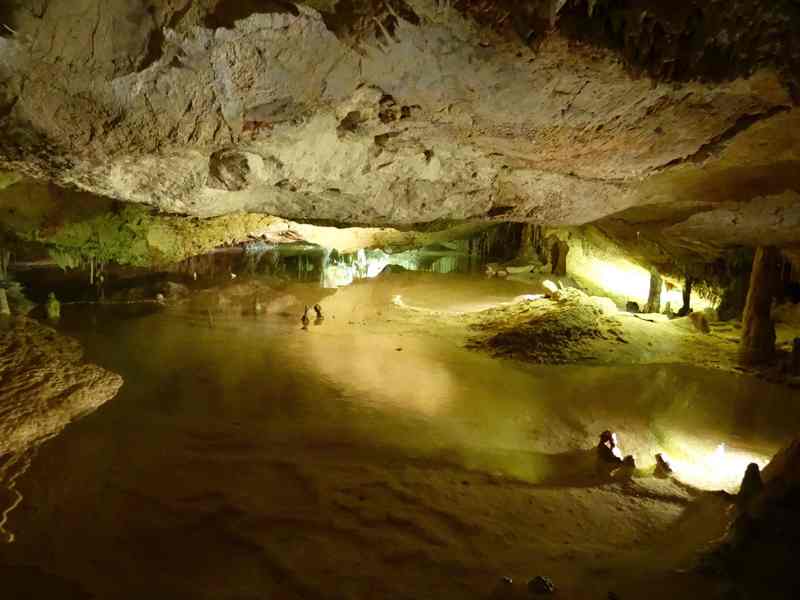 This tourist attraction is to be found in some cliffs in the north of the island, near San Miguel and is open throughout the year. The cave is more than 100,000 years-old and was created by telluric faults. Its entrance is by an outlook point with gorgeous sea views, and it has a pleasant bar and terrace. The visit takes around 40 minutes and passes waterfalls, streams, small ponds, stalagmites and stalactites, and wraps up with a small sound and light show. In the summer, guided visits are offered in several languages that leave every half hour and provide information about this former refuge for smugglers. Entry is 9 Euro for adults and 5 for children. Because of its peculiar location, a stroll along the nearby cliffs is highly recommended. 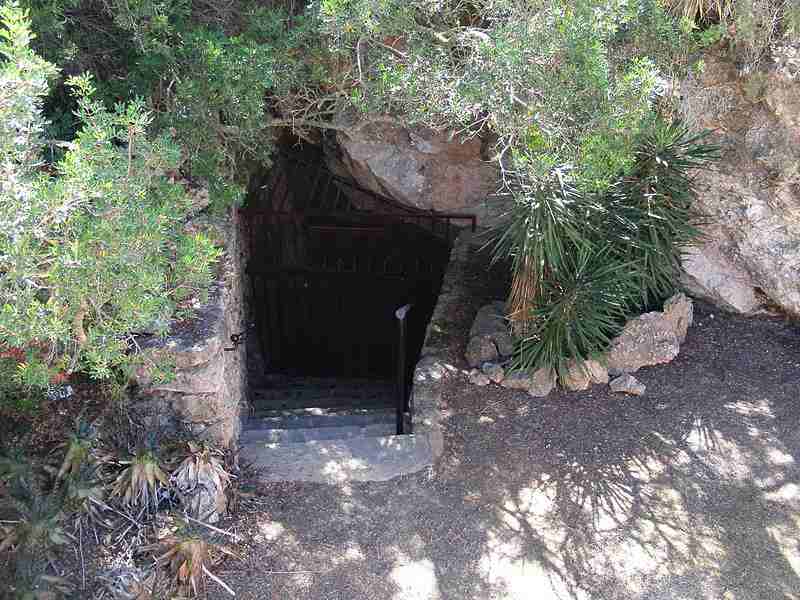 On the road between San Antonio and Santa Inés, near the Sa Capella restaurant parking lot is the subterranean chapel of Santa Inés, also known as the Santa Inés Cave, which is considered Ibiza’s oldest church. The grotto is a sanctuary whose origins are explained through a number of legends. Some historians believe it was used as a place of Christian worship as far back as the 3rd and 4th century, and then also as a Muslim place of worship. It was abandoned in the 19th Century for risk of collapsing, then it was forgotten about, rediscovered in 1907 and restored in 1981. The cave is currently private property and not open to the public. Next to it is the chapel of Santa Inés, an unconsecrated church that is currently home to the Sa Capella restaurant. 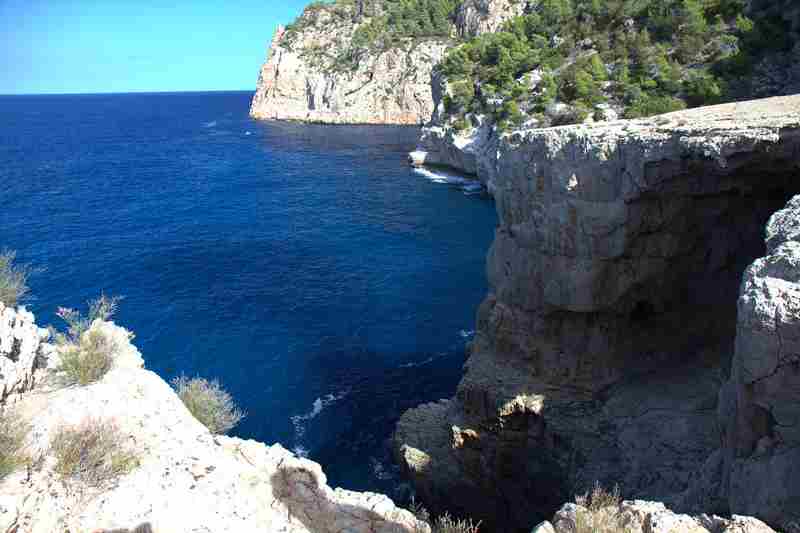 This spectacular underwater cave is located in the north west of the island. Access to the cave is hard, both by land and sea, as it is through an unmarked trail that takes almost two hours and goes past forests and cliffs. The best option to avoid any trouble is to hire a guide to walk there or organise a diving expedition. Its name alludes to the breath-taking sight of the sun’s rays piercing the sea through the underwater gallery to the inside of the cave. Visitors must take into consideration that because it is shaped like an inverted wine glass, once inside, the only way out is swimming under water, through the gallery that has it permanently flooded. Because of this, having diving experience and being accompanied by guides is highly recommended.

It is located on the road that links San Juan and Cala San Vicente, some 150 metres above sea-level. During the Punic era, this cave used to be a sanctuary dedicated to Carthaginian goddess of fertility and fortune Tanit, one of Ibiza’s most famous and important deities. Numerous visitors continue to leave offerings or flowers to the goddess Tanit to this day. The sanctuary was discovered in 1907, bringing to light numerous prehistoric and Bronze-age remains. It now belongs to the Ibiza Council and may be visited between April and October, from Tuesday through Sunday in the mornings, between 10:00 and 14:00. Entry is free of charge.

Excursions and hiking trails on Ibiza