Enthusiasts of sports in general and running in particular will find that Ibiza is perfect to practice their hobbies. The island boasts numerous areas for running. Ibiza is filled with rural footpaths that go past forests, centuries-old payés traditional Ibiza houses, stone walls, defensive towers, crop fields, fruit-bearing trees and paths that run along the coast, from which unparalleled views may be enjoyed.

The island has a great many landscapes, which added to its mild climate and low rainfall throughout the year, makes it perfect for outdoor sports. Because of this, it’s no wonder in the last few years numerous sports events have been organised, which in turn has attracted thousands of tourists from all over the world. These include the Ibiza Blue Challenge, the Ibiza Marathon, the Ibiza Trail, the Isla de Ibiza quadrathlon, the Milla Urbana and numerous popular races. Running is on the rise on Ibiza, and more and more people are getting into it.

Where to go running on Ibiza

There is no shortage of places to go running on Ibiza. If you are into the countryside, you should take advantage of the numerous signposted bicycle tourism routes on the island, but if you prefer to jog while enjoying sea views, there are many excellent options also. The San Antonio, Santa Eulalia or Ibiza promenades go through the Marina Botafoch and Marina Ibiza marinas to reach the Faro de Botafoch lighthouse or Talamanca beach, which makes them ideal. Other great options for running are the Las Salinas, Es Cavallet and Playa d’en Bossa beaches, three of the island’s most extensive sandy areas.

We bring you some routes:

It is moderately intense and starts in Portinax, some 30 km from Ibiza. It goes past coastal and rocky areas and even a forest, and it may also be done on foot. It is approximately 12.7 Km. in length. 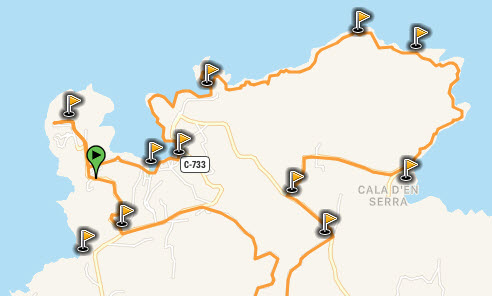 It is a high-intensity race and a few more kilometres, totalling at precisely 42.28 km. 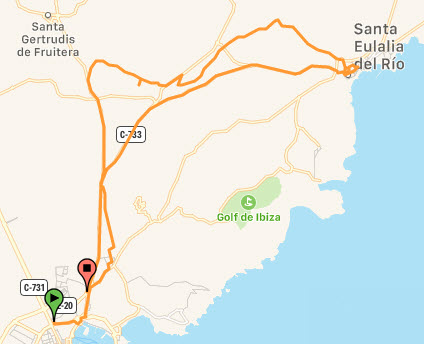 Another highly recommended route that combines pine and juniper forests and sea views is the path that goes from Las Salinas to the Ses Portes Defensive Tower, a beautiful trail that has become a Sunday favourite among residents walking their dogs, cyclists and joggers alike. Additionally, Portinatx offers extensive, pine-covered enclaves and beautiful bay beaches, the San José area boasts Sa Talaia, Ibiza’s highest peak, there’s the gorgeous Es Broll valley in Buscastell, with its fountains and crop fields, and of course there’s Es Canar, which is near Santa Eulalia - all perfect for running on Ibiza. As we say, the possibilities are endless. If you need more orientation, there are websites available such as Wikiloc, where you may find many more running route options on Ibiza.

Stop finding excuses and put some trainers on, you won’t regret it!

Discover the island of Ibiza by motorbike